Colorado Springs has a rich and unique history. Many Native American tribes such as Ute, Arapaho, and Cheyenne, to name a few, once lived near the foothills of the mountains in Colorado Springs.

Later on, General Jackson Palmer, a Civil War hero, founded Colorado Springs in 1869, and was responsible for the city’s growth and development, to include the development of the Rio Grande and Denver Railroad.

Many, including Spencer Penrose (responsible for mining in Cripple Creek along with Tutt, the Broadmoor Hotel, El Pomar Foundation, and Cheyenne Mountain Zoo)Caught on to Colorado Springs’ potential and began to invest in the growth of the city.

By the 1940s, the United States Army opened up Camp Carson which then led to a strong military presence with the opening of Air Force Academy in 1954, followed by Peterson Air Force Base, the U.S. Space Command, NORAD (North American Aerospace Defense Command), and Schriever Air Force Base.

Colorado Springs sits one mile above sea level (6,035 feet to be exact) and sits near the base of America’s Mountain (Pikes Peak) and is surrounded by unique geography that includes rock formations as well as other geological features such as Garden of the Gods and Cave of the Winds.

Colorado Springs population is around 472,688. The median age is around 34 years old. The average commute time is around 23 minutes. The average salary is $50,050 and the average unemployment rate of 2.8%. It’s no wonder Colorado Springs has received such high rankings as top 3 of the Best Big City in "Best Places to Live" by Money magazine in 2019, and top 3 on U.S. News list of most desirable cities.

Colorado Springs is known for its access to numerous outdoor adventures, amazing trails, and beautiful majestic scenery. Some of the adventures include a hike up the Manitou Incline, a bike ride down the Santa Fe Trail, and kayaking or SUPing on Prospect Lake to name a few.

Colorado Springs has many wonderful places to shop which include:

4.     The Promenade Shops at Briargate 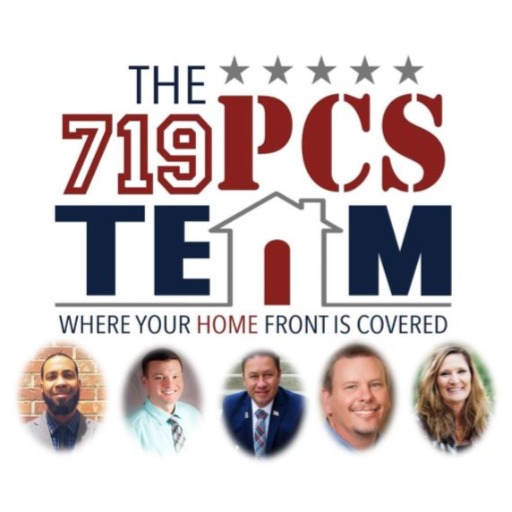 Allow us, a team of veterans, to assist you in the process of buying or selling your home. We stand ready to provide precision throughout one of the most important decisions of your life. It would be....

Colorado Springs History Colorado Springs has a rich and unique history. Many Native American tribes such as Ute, Arapaho, and Cheyenne, to name a few, once lived near the foothills of the

I used some of my downtime and spare supplies from the garage to build this stand for our laundry room. I decided to beef it up by attaching it to the walls as well as building supports underneath.

New House on the Market

This home just hit the market today. Locaed in Falcon, which is just on the edge of Colorado Springs 3 bedrooms, 3 baths, 2 car garage.2314 Sqaure Feet$325,000There is a video tour of this home

By registering, you agree to our terms of use and that real estate professionals and lenders may call/text you about your inquiry, which may involve use of automated means and prerecorded/artificial voices. You don't need to consent as a condition of buying any property, goods or services. Messages/data rates may apply.